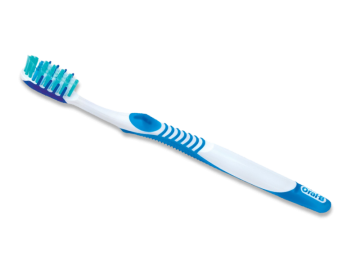 Things You Can Learn from the Invention of Toothbrushes

First toothbrushes, twigs with frayed ends, were used by the Babylonians and the Egyptians back in 3500-3000 BC. Called a “chew stick”, it was rubbed against teeth. The Romans too chose sticks with frayed ends, while the Greeks cleaned their teeth by rubbing a cloth.

The toothbrush that somewhat resembles the ones we know today was invented by the Chinese during the Tang Dynasty. It had a handle made of bone or bamboo with attached bristles from pigs' necks.

In the Middle Ages the invention was brought to Europe, where people had been cleaning their teeth using a cloth. The Europeans adopted the design but chose softer horsehair or even feathers.

While there were many people who were involved in the invention of the toothbrush, there was one man credited for creating the first toothbrush of a more modern design. In the 18th century, an English rag merchant, William Addis was sent to Newgate prison because he was involved in a riot.

It is said he noticed a broom in his cell and it inspired him. He created a toothbrush that had a handle carved from cattle bone, drilled holes with boar bristles, that were held in place by wire. He started mass-production as soon as he left jail

Do you have an invention we can help you with? Submit it.

The invention of nylon

Animal bristles were used in production of toothbrushes until 1938, when super-polymer, today known as nylon, was invented at the DuPont chemical company.

This invention and the use of nylon bristles changed the toothbrush production.

But it wasn’t until 1945 that the use of toothbrushes in the United States really became popular. The soldiers who returned home from the WWII, continued to brush their teeth, which they had to do in the army and thus helped convince others of doing the same.

The invention of the first electric toothbrush followed in 1939 and to this day there are many different shape and sizes of toothbrushes and bristles they use. But what do you think? Do you agree that toothbrush is one of those inventions you can’t live without? If you have an invention that you think is as vital, submit it to us and let us help it see the light of day