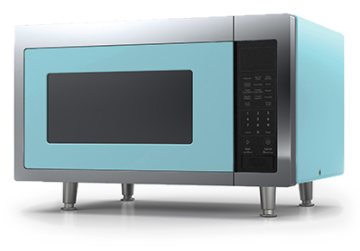 What You Can Learn from the Invention of a Microwave

Some inventions take years of meticulous planning. Others are invented by accident when their inventors were busy working on something else. Such is the story behind the invention of a microwave oven.

The importance of learning

Can you imagine your kitchen without the microwave? Most of us can't. We use it to quickly heat up left overs, to warm up milk, or make a batch of popcorn in an instant. Have you ever wondered who we have to thank for such convenience?

The credit for inventing a microwave oven commonly referred to as a microwave goes to Percy Spencer, American farm boy who became a self-taught engineer without ever finishing grammar school. However, he was always eager to learn new things and he studied by himself trigonometry, calculus, chemistry, physics, and metallurgy.

He worked for a company named Raytheon. During the second World War, Raytheon was in charge of producing magnetrons for radar equipment to be used by Allied forces. Percy Spencer was an expert and the chief of the very successful power tube division.

Can your idea fix a problem?
Submit it and let us help your invention see the light of day.

All because of a candy bar

We have an apple to thank for helping Isaac Newton's come up with the theory of gravity. In the case of the microwave it was a peanut butter candy bar. The beginning of the invention started when one day Percy Spencer noticed that while he was standing before an active radar set, the peanut butter candy bar he carried in his pocket began to melt.

While he wasn't the first to take notice, due to his curiosity and eagerness to figure things out, he was the first who decided to explore the occurrence. Together with his colleagues they tried heating other types of food and observe what would happen. The first thing they heated on purpose was corn kernels, making the world's first microwaved popcorn. After further research and experiments, in 1945 Raytheon received a patent for the microwave oven, called Radarange.

Two years later the first commercially built microwave was produced, but due to its size (between 5 and a half to 6 feet tall, weighing around 750 lbs) and cost (around $5000) it wasn't suitable for home use. Besides it still had many flaws.

Years of trying before the success

Additional research and modifications were needed for the microwave to become a product suitable for mass consumption. The first attempt happened in 1955, but failed because it was still too expensive. Besides people were reluctant to buy it because they didn't know anything about microwave technology.

It took twelve more years, two decades since the invention, for the microwave to become popular household staple. It was produced by the company called Amana and called "Radarange." It cost $495 and was compact enough to fit a kitchen counter.

Fast forward to 1975 and a million of microwaves were sold every year.

Sadly, the inventor Pery Spencer died in 1970 not witnessing the raise of popularity of his invention.
He left behind over 300 patents and a strong message – keep learning, keep discovering, keep improving and stay curious.