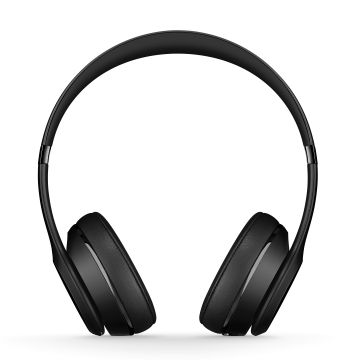 Things You Can Learn from the Invention of Headphones

Today, you could be in a room full of people and feel as if you are in your own little cocoon, hearing nothing but your favorite tune. Actually, everyone in that room could be listening to their chosen song and not bother others. The invention of headphones revolutionized the way we listen to our music as well as how we do things. Here is the story behind it.

Nothing to do with music

In the beginning headphones weren’t meant for listening to music. They were first used around 1881 by the telephone operators. It was in 1895 that people started using headphones that resembled a stethoscope to listen to their favorite songs. Electrophones system invented in Britain gave customers a chance to listen to a live performance from theaters in London.

The navy was looking for an invention

The man behind the invention of the first modern headphones was the American engineer Nathaniel Baldwin.

It was said he made the first pair - a headset that could amplify sound - by hand in his kitchen in 1910. When his idea was dismissed by private investors he turned to the military. Teaching inventors anywhere not to give up easily. Persevere. It turns out that the navy was interested in the invention and ordered 100 pairs. Baldwin became a rich man, but careless, since he never patented them.

The headphones were perfected

During the following years, the headphones went through an extensive evolution. The moral being you don’t always have to invent something new. It is equally creative to perfect an existing invention.

In 1937 it was German Bayerdynamic that created DT-48 model of the first dynamic headphones for home listening. In 1949 the company AKG from Vienna focused on design when creating they model K120.

And if Baldwin invented modern headphones, it was John C. Koss, who is credited with creating the first stereo headphones Koss SP-3 in 1958. He was a big Jazz lover and his goal was to produce headphones exclusively for listening to music.

The next big thing?

The next big moment for the headphones happened in 1979, when Sony introduced the Walkman to the market and headphones needed to be portable.

Yet, there was still room for improvement, the headphones became smaller, in-ear headphones were born, Bose used noise canceling technology to create their QuietComfort headphones…

And if you go to a store today, you will have even more different pairs to choose from, while more are probably just now being created. It will be exciting to see what the new inventions bring.

Can your invention solve another problem concerning headphones? Submit it and let us help it see the light of day.