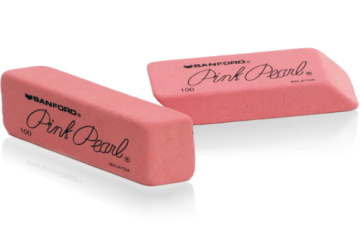 Things You Can Learn from the Invention of the Rubber Eraser

Sometimes an invention pops up in your mind by accident and before you know it the world is using your invention every day. Sometimes this kind of an accident leads up to you entering an inventions contest and starting to sell your product. And sometimes a product like this can become such a success, people will talk about it even a quarter of a century after you thought of it. By accident, remember? Here’s the story of how the rubber eraser was invented.

Every toddler comes to a point when they are not satisfied with their drawing and they want to correct a part of it. They get a piece of rubber in their hands and learn how to use a rubber eraser. They continue to use it in school and later in the workplace and at home. If the child grows up to be an artist or a designer, the eraser quickly becomes their best friend.

People wanted to erase their writings and drawings from the day they started to leave marks on walls and later papers. They used tablets of wax to erase lead or charcoal marks from paper and small bits of rough stone (sandstone or pumice)  to remove small errors from parchment or papyrus documents written in ink.

In Japan, they figured out the best material to erase mistakes is soft bread. Yes, bread! Students have been known to like this solution since they could always tear a part of the bread and at least slightly satisfy their hunger. The English engineer Edward Nairne used breadcrumbs as well. But one day in 1770 he unintentionally picked up a piece of rubber instead of bread. And the rubber erased everything anyway!

When an inventions contest brings you world fame

Just as rubber eraser, inventions contests existed centuries ago. And Edward Nairne developed the later first widely marketed rubber eraser just for that contest. It was a great success and a renowned scientist Joseph Priestley wrote a footnote that same year, saying the substance used "excellently adapted to the purpose of wiping from paper the mark of black-lead-pencil." The substance he was talking about was gum elastic, also known as caoutchouc (now simply rubber).

By 1778 the word rubber came to be popularly used for an eraser since the word rubber itself was in general use for any object used for rubbing. Nairne sold these natural rubber erasers for the high price of three shillings per half-inch cube.

Do you have an idea we can help you with? Submit it.

Nairne’s rubber eraser had its flaws and there were quite a few of them. The eraser crumbled when used and perished in time. It was sensitive to weather conditions as well (imagine it metling in the summer) and it smelled quite bad.

A man, called Charles Goodyear solved this problem 49 years after the first invention, in 1839. He cured the rubber with a method, called vulcanization. It improved the rubber’s durability and that was all that was needed for the rubber to become a popular household item.

Invention contests are a great way to make your ideas come to life. Check out our contest here.

An eraser for anyone

The development went on as different people tried to make the most of the eraser. 88 years after the invention of rubber eraser another man made a breakthrough invention using the rubber eraser. Hymen Lipman received the first patent for attaching an eraser to the end of a pencil in 1858. He later lost the licence since he did not invent a new product but simply attached one product to another. But still, his pencils with rubbers are widely known to this day.

Today, erasers come in many different shapes and sizes and they are made from many different materials. The most common erasers come in block form or are the ones, placed at the end of the pencil. Other types of erasers are also the art gum erasers, soft and hard vinyl erasers, Kneaded erasers or putty rubber and electric erasers.

So next time you grab an item by mistake, stop and think. Could the item actually be a surprise solution for a common problem. Let us know what you come up with and maybe we can help bring your idea to life and success too.